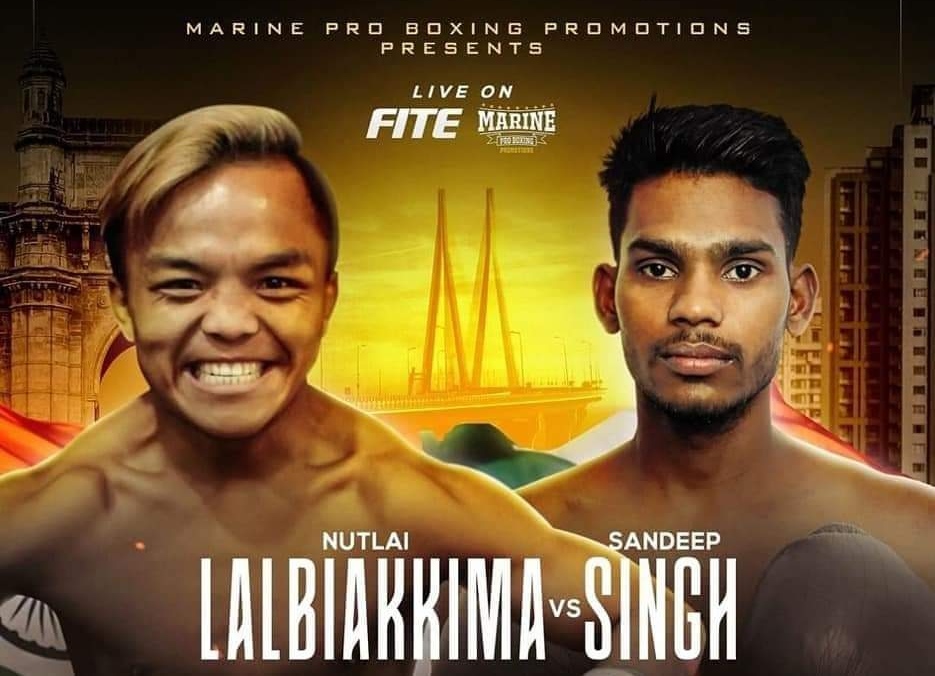 Marine Boxing Promotion's NT Lalbiakkima is set to face Sandeep Singh in a fight for the IBA Intercontinental Title on LPS Fight Night( May 7,2021). This title fight had originally been slated for April 17 in Maharashtra, but due to the intended host States' recent spike in covid cases has been pushed back and relocated to R.Dengṭhuama Indoor Stadium, Aizawl. This will be Mizoram's second time hosting a professional boxing event on an international scale.

NT Lalbiakkima is LPS Pro Fight's five time lightflyweight champion, and is said to be the best in his weight division. This will be his career second professional bout.

Vimal Punera and Hans Raj are also set to face off for the IBA Asia title for the co-main event.

The event is also expected to have a few undercards with four Mizo boxers from the previous Fight Night. This will also be the second professional bout for these Mizo boxers, Vanlalawmpuia (Khuangthing), F. Zoramchhana (Cherhlun), C. Lalhruaitluanga (Mualpui, Aizawl) and HC.Lalremfela (Chawngtlai).

In light of the controversies surrounding unregulated pay for boxers, underpaid undercards and instances where the boxers have even paid their way, LPS Vision plans to continue with it's already established system from the previous Fight Night with proper pay for all athletes participating.

According to Pu Lalsawmliana Pachuau, owner of LPS Vision, these irregularities in pay for undercards is an international issue and due to this, LPS Fight Night has become a highly sought after platform among Indian professional boxing promotion agencies.